Chivas Brothers is releasing a permanent no age statement (NAS) single malt from Glen Keith distillery for the first time. 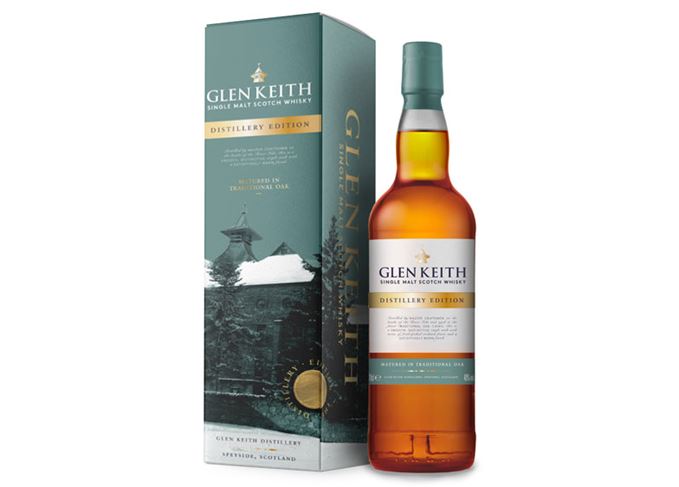 Glen Keith Distillery Edition has been matured in ‘traditional’ American oak casks and bottled at 40% abv.

Said to contain notes of honeycomb, vanilla toffee and poached pears, the expression is being launched in the UK this month at £30 for a 70cl bottle.

The Speyside distillery, located near Strathisla in Keith, produces a light and fruity style of single malt that’s predominantly used in the Chivas Regal, Passport and 100 Pipers blends.

The distillery opened in 1960, but the first official bottling of Glen Keith, a 10-year-old, wasn’t released until 1994.

The distillery was mothballed in 1999, but was reopened in 2013 by Chivas Brothers’ owner Pernod Ricard following a complete refurbishment.

James Middleton, channel director for impulse at Pernod Ricard UK, said the launch of Glen Keith Distillery Edition follows a 90% increase in sales of single malt Scotch whisky in the UK impulse segment in the eight weeks leading up to Christmas last year.

‘The single malt market has been one of the most dynamic and profitable sectors of the spirits market in the last 10 years and is at the forefront of a movement in consumer taste towards spirits with greater authenticity and substance,’ he said.

The launch of Glen Keith as a single malt follows those of Chivas Brothers stablemates Glenburgie, Glentauchers and Miltonduff.