Standing up for blended Scotch

In that hoary old dogfight of blends vs malts, we know who’s winning in the US: malts, which are growing fast as blends slowly decline. So who’s to blame? Whisky writers (himself included) and the industry, says Tom Bruce-Gardyne, but the good news is that there are solutions at hand. 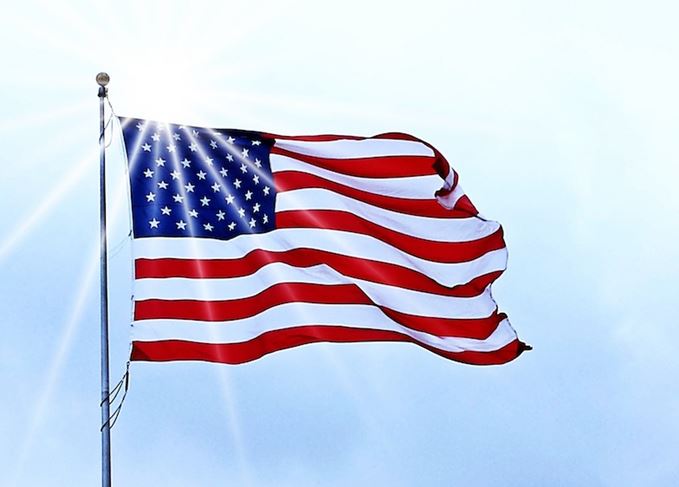 Promised land?: As malts continue their march, who will wave the flag for blends?

‘I don’t know much about Scotch whisky,’ people say, pausing to catch my eye. ‘But single malts are better than blends, right?’ This is not a question or the start of a debate, but a simple statement requiring affirmation. In a world of uncertainty, it’s one of those basic home truths – the whisky equivalent of the Pope being Catholic and those bears doing whatever it is they do in the woods.

This perception, misconception, absurd sweeping statement – call it what you will – is deeply ingrained in a mature Scotch market like the US. The figures, as collated by The Distilled Spirits Council of the US (DISCUS), speak for themselves. But for a blip in 2013, sales of blends have been in stately, year-on-year decline since 2004, while single malts have boomed by over 140%.

For every case of Scotch drunk in America, there used to be one bottle of malt at the start of the millennium; now there’s three or four.

Are millennials jumping straight to The Glenlivet, or Talisker, and by-passing the ‘Dooer’s’ drunk by their old man in the process? You bet they are. And if they can’t afford malts, they may well be drinking some other whiskey instead.

Writing in the Atlantic, Tripp Mickle put it bluntly: ‘Bourbon distillers are kicking their Scottish rivals in the kilt’ – an assertion backed up by the latest stats from DISCUS. American whiskey grew by one-third in the past four years and now outsells blended Scotch by a ratio of more than three to one.

This is not to pen the obituary of an entire category in America. That would be bonkers with blended Scotch still huge in its most valuable market, and likely to remain so. Clearly some individual whiskies are bucking the trend and there’s good, steady growth at the high end.

However, there is also a vast sea of standard blends out there, many in search of a home. ‘But we’re growing our share,’ cry the brand owners as one. Yeah, but the cake itself is shrinking – unlike single malts which are in rude health.

Skye’s the limit: But is the growth of Talisker and the like coming at the expense of blends?

‘I’m always astonished that single malts account for 5% or 6% of the business, but they gobble up around 94% of the conversation,’ is how Diageo’s Dr Nick Morgan put it to me, and on that score I’m guilty as charged.

Like countless other whisky writers, my two books on the subject took the lazy, well-worn path of burnished copper stills and storm-tossed distilleries with barely a mention of blends. Maybe Dr Morgan can redress the balance with his forthcoming book on Johnnie Walker.

However, having shot the messenger, the industry needs to take some blame for allowing standard blends to become a tarnished commodity, especially in retail.

Think of those once proud brands now trapped in some deep discount dystopia in a liquor store, unable to reinvest in themselves, or even believe in themselves as they cling on for the ride down. Chasing share at any cost in a category that’s not growing is bound to end in tears.

Meanwhile, single malts bathe in their reflected glory. With their well-polished brands with prices to match, they whisper of ‘aspiration’ – a concept that obsesses marketing folk in luxury goods the world over.

Even more importantly for the millennial whisky drinker, they positively shout the word ‘craft’. It percolates through the entire process from cutting the peat and coopering the barrels to pot still distillation and the long years in wood. And it’s reinforced by a powerful sense of provenance.

‘Whoa!’ cry the blenders. ‘Hang on a sec’, we’re just as “craft” as they are…’ Only they don’t, because within the industry the idea of blends vs malts is nonsense. The two are joined at the hip, with the same master blender vatting up casks of Aberlour or Macallan one day, and blending Chivas Regal or Cutty Sark the next.

As Dr Morgan puts it: ‘Companies like Diageo seek to make the very best single malt whisky, be it Mortlach, Talisker, Lagavulin or the like, to produce blends. Everything we do is about blends.’

Spoilt for choice: But does the low price of some blends put people off buying them?

If that hasn’t got through to people, maybe that’s another bullet for the messenger. Then again, the industry bears some responsibility with its marketing. Johnnie Walker may claim to be the world’s biggest craft whisky, but it’s not what I take from those ‘Joy will take you further’ ads.

Of course, the biggest issue is price and the perception of quality. You can buy a bottle of Cutty Sark for about US$18 in New York, while Bowmore, for example, starts at about US$28. Prices vary from state to state, but the differential won’t change, and that sends a pretty strong message that, if blends are good, malts are better. After all, you get what you pay for – don’t you?

While there are plenty of older, more expensive variants of Cutty Sark, Dewar’s and the like, those old names carry a lot of baggage. In my view, a fresh blood transfusion is needed and Dennis Carr, president of the San Francisco-based distributor, Anchor Distilling, agrees.

‘I think we’ve spent too much time marketing mass-produced blends as a cheaper version of Scotch,’ he says. ‘I believe there’s a big opportunity for premium, niche blends, and ultimately that’s what is going to change perceptions.’

A fine example is Compass Box with its US$40 Great King Street blend that has been growing 20% a year in the States for the past five years.

For Carr it’s not about snobbery, because there’s no issue with Japanese and Irish whiskies, which tend to be blends. ‘I just think there’s a lack of awareness, and that people don’t understand what blended Scotch is,’ he says.

So, along with a raft of new, high-quality boutique blends, the Scotch whisky industry needs to do a better education job on trade and consumers. Brand owners need to stop being in denial, stop mouthing off about market share, and get smarter at promotion.

Maybe they could start by placing a mole deep within Jack Daniel’s for a marketing masterclass.