Pursuing rare whiskies may have initially thinned out the bank balance of Swiss accountant Patrick de Schulthess, but in the process he has made many new friends, in addition to building an enviable Scotch collection. While a Port Ellen might be his holy grail, Strathisla remains his passion, he tells Angus MacRaild. 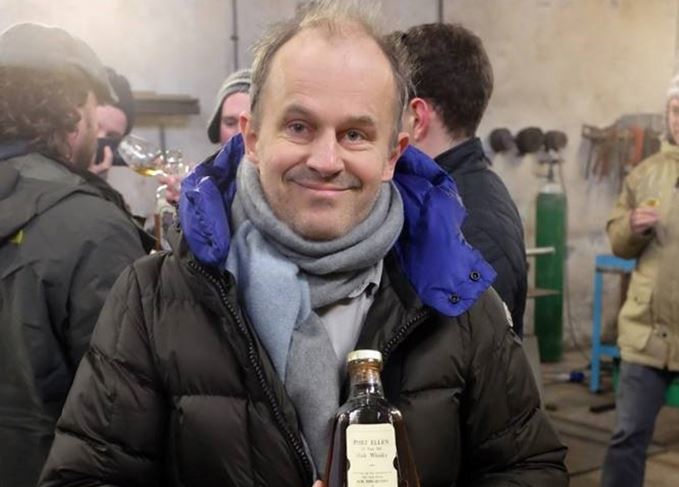 Who are you and what do you do?
‘My name is Patrick de Schulthess, I’m Swiss-born, living in the French-speaking part of Switzerland and I’m currently running a small accounting firm.’

What whisky do you collect and why?
‘I used to collect whatever nice bottle was available, but due to the sheer size of the whisky world, I decided to specialise in some specific areas, mainly Talisker Connoisseur’s Choice Black Label from Gordon & MacPhail. When I started, it was one of my first real whisky surprises and it still remains one of the best ever whisky series in my opinion.
‘Ardbeg from the 1960s and 1970s – these whiskies were love at first sight for me and they remain one of my passions for collecting and drinking. I love Islay whisky from the 1950s to the early 1980s, but I had to make a choice so I decided to concentrated on Ardbeg.
‘[Also] old blended whisky, which nobody was collecting at the time I started and it was readily available. And, of course, Strathisla. This is due to the fact that my friends were already collecting my favourite distilleries when I started, so I decided to go for a different distillery and was rewarded by some amazing bottles.’

How did you come to love whisky?
‘Well, in the beginning I loved wine, and whisky was just something on the side. But as I didn’t drink enough, I had to find something else to buy and whisky came to my mind because you don’t need a specific place to keep them as you do for the wine. When I started, I quickly noticed the richness of the whisky world.’

How has being a collector impacted your life?
‘It affected my life in different ways. It has obviously made me poorer, but also happier as it has allowed me to meet a lot of people who, over the years, became very good friends. It makes me travel a lot. I discovered Scotland and its people this way.’

Mixed drinks: A passion for wine led de Schulthess into the whisky world

Have the rising prices for old bottles changed the way you view your collection? Do you see it more as an investment?
‘Good question. I certainly do not see it as I used to. I think that I was lucky enough to start in the early 1990s, so a lot of bottles were available at very low prices – well, by today’s standards.
‘As it becomes more and more difficult to get your hands on valuable bottles, you tend to become increasingly aware of what a luxury it is, and how fortunate you are to have tried so many of these beautiful whiskies. It was never intended as an investment, which is quite ironic, as it turns out to be by far my best investment.’

Do you think the character of Strathisla has changed much over the years?
‘I’m not that pessimistic – let me explain why. The distillate we drink now is brand-new, so hasn’t yet had time to evolve in the bottle. Most of the “older” bottlings we drink these days aged, for some of them, over a very long period of time. I’m not sure that if I tasted the same distillate when young, it would have been as much to my liking.
‘To answer this question I need a time machine, but unfortunately I am not Doctor Who, so I am unable to know if the character of Strathisla has changed that much over the years. What I can say is that the character now is less oily and fatty than some of the older versions. However, whether that is due to bottle ageing or changes in distillate character? Well, it’s anybody’s guess.’

What are your favourite Strathislas?
‘I think the 30-year-old 1963 [bottled in 1993] is very good. The 1967 Samaroli is flabbergasting, together with some 1937 releases by Gordon & MacPhail. But these kinds of bottles are so difficult to source now, so I’ll go for the simple 10-year-old distillery bottling from the 1960s and early 1970s, which is still very good value for money, in my view.’

To share: Opening a bottle with friends is what de Schulthess loves most about Scotch

Which distilleries do you think are some of the better ones to follow these days, from a drinking perspective?
‘I think each and every distillery has some amazing whisky, which appeared thanks to the independent bottlers. In terms of their overall productions, I would say that Springbank comes to my mind, together with Bowmore and to a lesser extent Highland Park. Some others, like Ardbeg and Bruichladdich, have very good distillate that tends to suffer from some weird wood experiments, which is sad.’

What are the most prized bottles in your collection?
‘It’s so hard to pick, and my choice can change from day to day, but my most prized bottle, as a Strathisla collector, is the one from William Longmore & Co.’s Milton distillery (Milton was the previous name of Strathisla).
‘Also a 30-year-old Dalmore official bottling from the early 1950s and a 1955 Bowmore ceramic jug bottled on 12 September 1974 for the opening of the visitor centre. These, and a bottle of Pattisons’ blend, which is special to me for its historical importance.’

What would be your ‘holy grail’ bottle to find?
‘Hard to say. Among the ones I know I would love to have are the two bottles of Port Ellen 12 Years Old from James MacArthur.’

What are the best whiskies you've ever tasted?
‘This one I still don’t know! Among the ones I’ve already tried, I’ll say the 12-year-old Port Ellen, bottled in 1980 for the Queen’s visit. It has such an amazing, wild array of flavours.’

What has been the best whisky experience of your life so far?
‘A trip to Islay I went on a couple of years ago. It epitomised all I love about whisky – sharing with friends, opening some amazing bottles. Highly recommended if you can do this kind of trip. Everyone who loves whisky should try to go to Islay, either for the Fèis Ile or whatever reasons you may find.’ 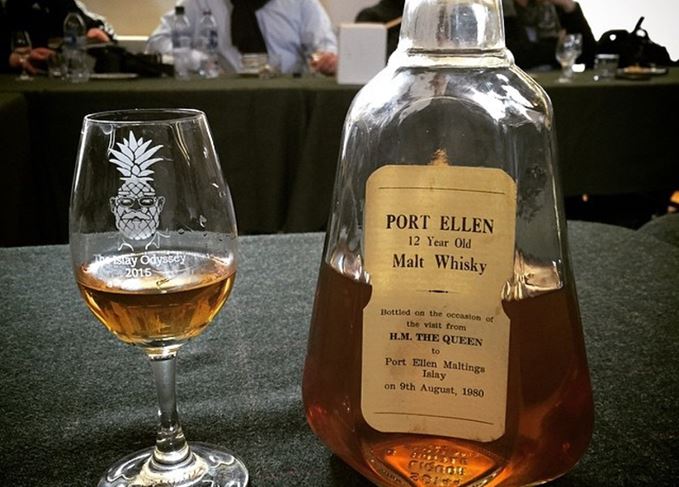 Port Ellen: A 12-year-old is among his favourite drams