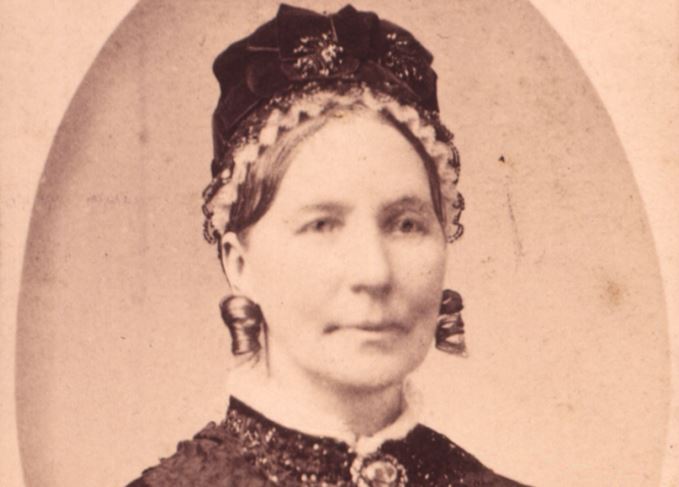 ‘On one occasion, when brewing, she was warned that they were approaching. There was just enough time to hide the distilling apparatus, to substitute the materials of bread-making, and to smear her arms and hands with flour. When the knock came at the door, she opened it with a welcoming smile and the words: “Come awa’ ben, I’m just baking.”’

‘But within those two weeks, she told everybody what her plan was,’ says Cox. ‘She would go to the cave behind the big black rock [Cardow/Cardhu comes from the Scots Gaelic for black rock] and they would discover what looked like a still. But it would be the old, worn-out parts of a still. Then she would split the bribe with the neighbours and they would use it to buy new equipment.’

As a result, Cox adds, everyone was happy. ‘The Customs & Excise people won, in that they went away with the still parts as evidence – and everyone else went back to distilling again because they could now afford new parts.’

When the 1823 Excise Act made legal distilling viable, the Cummings were among the first to buy a licence, accepting advice and assistance from George Smith, founder of The Glenlivet, and John Grant, of Glen Grant. In the early days, Smith bought and sold on much of Cardow’s output while the Cummings found customers for themselves.

‘The quality I have no doubt will please, my still being of the smallest kind. I use no other fuel but peat, which is a great thing for making good whisky. I have hitherto sold my spirits in small quantities and have had fully as much demand as I could supply. Yet I would no doubt prefer a customer who could take a puncheon occasionally and give me ready payments.’

‘I wish very much you would if at all possible make your aqua [spirit] with less flavour and a great deal less soap; it tastes of nothing but soap and although I can not say so here Glengrant whisky is worth a shilling per gallon more than yours for this part of the county, if you cannot use less soap you should put a higher head on your still … If I did not mix yours with Buchans I could not sell a gallon of it.’

The response to this trenchant criticism – with its allusion to an early example of the technique of blending – is not recorded.

To say that Lewis Cumming’s death left his widow Elizabeth, 45, with a few challenges would be an understatement. Apart from running the farm and the distillery, she had two young sons to care for, a five-year-old daughter who died suddenly three days after her father, and she was pregnant at the time with a third son.

Distillery chronicler Alfred Barnard, who visited at this time, was able to observe Cardow past and future. The old buildings were, he wrote, ‘of the most straggling and primitive description’, whereas the recently completed new distillery was ‘a handsome pile of buildings’.

The spirit, he added, was ‘of the thickest and richest description, and admirably adapted for blending purposes. Our guide told us that a single gallon of it is sufficient to cover ten gallons of plain spirit, and that it commands a very high price in the market’.

Elizabeth’s decision to build a new distillery was prompted by more than the need to modernise. As Barnard implies, Cardow’s spirit was highly sought-after by blenders, so it was imperative to increase production (from 25,000 gallons to 40,000 gallons a year, according to Barnard, although Spiller says production trebled to 60,000 gallons). The old stills were sold for £120 in March 1886 to William Grant, who was building a distillery of his own in Dufftown called Glenfiddich.

Modern face: The rebuilt Cardow of 1961 was given its current name, Cardhu, 20 years later

Selling Cardow secured the future of family and distillery alike. Under its new owner, Cardow was able to survive the downturn following the Pattison Crash in 1898; a year later, Walker spent £7,000 on doubling its production, adding shell-and-tube condensers in 1902. A proper road, part-funded by Walker, now led from the distillery to the new Knockando station on the Strathspey line.

The sale was also one of Elizabeth Cumming’s last actions at Cardow; a year later, she died suddenly at the age of 67.

‘She was obviously quite a character,’ says Ronnie Cox. ‘She was remembered in Knockando as one of the most generous and loving people in the community – a kind of general factotum, a banker, a judge of family squabbles.’ And, added the local newspaper, ‘a true friend of the poor’.

Meanwhile, Spiller quotes a local journalist of that time:

‘…she had herself, by her wise and far-seeing management of her affairs, put the business in a position that had secured for it success. Her own hand was in everything … Nothing better could have been made of it, even by a man who was constantly before the world.’

The following decades saw further expansion at Cardow, and the public flotation of John Walker & Sons in 1923, followed shortly afterwards by its absorption, with others, into DCL.

All photos courtesy of the Diageo Archive