The rise of the whisky trail

With whisky tourism at an all-time high, Scotland’s distilleries are banding together to create dram-packed regional itineraries for the curious tourist. Kirsten Amor explores why this community spirit is good news for both the industry and whisky lovers alike. 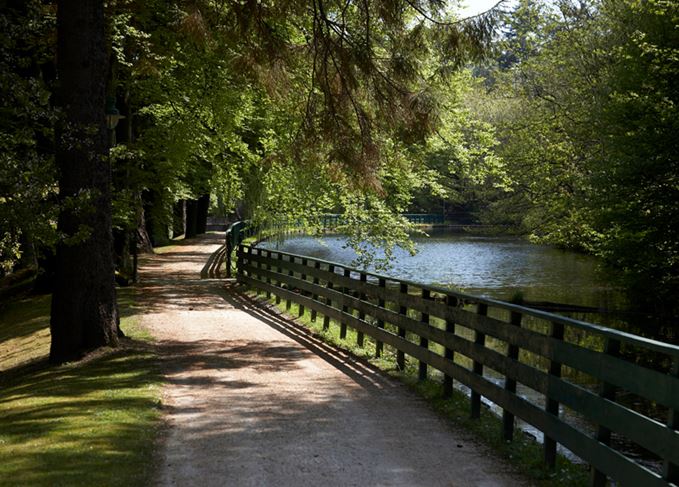 It took whisky writer Alfred Barnard two years to visit all the distilleries in Scotland, Ireland and England for his book, The Whisky Distilleries of the United Kingdom. Had the 19th century writer attempted his journey today he may have found the experience a whole lot easier thanks to an emerging travel trend making the Scotch whisky landscape simpler to navigate.

As Scotch whisky increases in popularity worldwide, a growing number of people are flocking to its distilleries to discover the process behind the spirit. In 2017 the Scotch Whisky Association reported a record 1.9 million visits to whisky distilleries, an 11.4% year-on-year increase. Visitor centres and tours are now seen as an essential feature for most distilleries, with many new operations building them into the heart of their business plans, while established distilleries invest heavily in improving their offering. Diageo, Scotland’s largest whisky producer, has pledged to pump £150m into improving the visitor experience across its distilleries.

Aside from unprecedented investment in creating ‘wold-class’ visitor centres, to make the most of this growing interest in Scotch, distilleries are setting competition aside and joining forces to create a dram-packed offering to entice travellers: the whisky trail.

‘I remember when I first started, I was told I wouldn’t be able to get all nine brand partners on the same poster; but the industry has recognised the importance of collaboration between brands,’ says James Johnston, chairman of the Malt Whisky Trail (MWT). The route encompasses eight distilleries and a cooperage in Moray on Speyside, and was the first whisky trail to be established in Scotland in the 1950s. Today, distilleries are one of the most popular tourist attractions in Moray – of the 806,190 visitors to the region in 2017, three out of every five visited a distillery.

These trails offer tourists, many of whom may not have a pre-existing interest in whisky, an opportunity to explore and discover more about the spirit along a signposted route.

‘Most people who say they don’t like Scotch become fascinated with the production and genesis of whisky,’ explains Johnston. ‘You can’t do much about people’s palates, but you can give them the opportunity to expand their minds and tastes.’

Whisky trails also provide an opportunity for the more initiated to discover new distilleries they may have otherwise overlooked.

‘There is malt whisky out there for everyone, and once you find one you like, you start to wonder if there’s another one you might like,’ Johnston adds. ‘We have a culture where exploration is easy, and people are wondering about what they might miss.

‘Distilleries bring a mixture of cinema and products, and allow customers a safe space to explore these options.’

Some whisky producers in Scotland’s more remote areas have realised the potential for creating a small, regional whisky trail to entice tourists visiting nearby popular attractions.

‘Raasay is an island off an island, and we were aware that our challenge was getting people to come visit from Skye,’ says Alasdair Day, co-founder of R&B Distillers, which opened the first legal whisky distillery on the island of Raasay in the Hebrides in 2017.

Side trip: Isle of Raasay distillery hopes to attract tourists from nearby Skye

Skye’s pastel-popping coastal villages and striking landscapes attract an average of 500,000 sightseers a year, with around 71,000 of those visiting the island’s Talisker distillery. The success of Skye’s tourism industry inspired Day to partner with other distilleries in the Hebrides to promote their own attractions. In August 2018 the Hebridean Whisky Trail, consisting of Talisker, Torabhaig, Isle of Raasay and Isle of Harris distilleries, was born.

‘The idea for the trail came out of a discussion between ourselves and Talisker originally,’ Day says. ‘Obviously Skye is very busy in the peak season with visitors, and we were talking to them about that, and how many visitors they get each year, to learn for our own distilleries.

‘This trail helps promote areas tourists might not necessarily think to visit,’ Day explains further. ‘It’s one of those things where if people are coming to Skye and it’s raining and they can’t hike the Cuillins, they might instead choose to come visit the islands.’

Raasay’s relative proximity to Skye means it can be visited as part of a day trip. Ferry services from Sconser on Skye’s east coast to Raasay take less than 30 minutes, with the distillery only a 10-minute walk from the terminal. Those wishing to take in Isle of Harris distillery can take a 90-minute ferry from Uig on Skye into Tarbert (timetable subject to change), with picturesque views of the distillery on approach, although with no return ferry on the same day, booking a hotel in advance is advisable.

While the Hebridean and Malt Whisky Trails are both self-guided, other routes accommodate time-strapped travellers by combining multiple distilleries into single-day packages, with transport and food included.

The grand tour: Visitors can enjoy a behind-the-scenes look at distilleries on a whisky trail

Paul Graham, visitor centre operations manager for Islay’s Ardnahoe distillery, created the North Islay Whisky Tour with Caol Ila and Bunnahabhain distilleries, and Stuart Doyle from Islay Taxis. The package includes pick up and transportation throughout the day between the three distilleries. Tour tickets for Bunnahabhain’s Warehouse No.9 tour, and Caol Ila’s chocolate and whisky pairing tour, are included alongside lunch, and a tour and tasting at Ardnahoe.

Graham explains how this approach enables visitors to enjoy all whisky has to offer, sans stress. ‘They can experience the products of the distilleries without worrying about driving,’ he says.

‘At Ardnahoe they are getting a personalised tour along with food which we feel, as responsible licence holders, is sensible after consuming alcohol early in the day. We wanted to raise awareness of our distilleries and provide something unique to visitors.’

Ardnahoe only opened its doors in April 2019, while its partners are also aiming to attract more visitors by improving their facilities. Bunnahabhain is currently undergoing a £10.5m refurbishment program to transform it into a ‘world-class whisky destination’, while Caol Ila is preparing to overhaul its visitor experience with the installation of a bar with views of the Sound of Islay, and a footbridge leading to the roof of its warehouse.

‘We are the newest distillery on Islay, and we wanted to raise awareness and drive footfall by providing something unique; the easiest way was to engage with our local partners,’ explains Graham.

Other distilleries are expanding on this collaborative approach and taking it beyond the remit of Scotch to explore a variety of food and drink options their neighbours have to offer. In 2018 Glasgow distillery, which also produces Makar gin, partnered with brewer Tennents to create a joint tour package offered on the first Saturday of each month – with transport included.

City tour: Learn about gin and whisky at Glasgow distillery before a Tennants brewery visit

‘It’s great working with people from different backgrounds and it’s been a great educational experience for us,’ explains Sebastian Bunford-Jones, marketing manager for Glasgow distillery. ‘You’re missing out on the potential to create something special if you only stay within your industry.

‘People enjoy seeing the beer side and the whisky side, and seeing the similarities and differences; the package offers visitors to the city the whole “Glasgow drinks experience”.

Glasgow is currently one of two distilleries in the city that welcomes visitors, alongside Clydeside which opened its doors to visitors in November 2017. Yet with Douglas Laing preparing to build Clutha distillery on the south bank of the Clyde, might there be an opportunity for Glasgow to establish an official whisky trail of its own in the future?

Regardless of length or format, the underlying attraction of whisky trails resides in their ability make Scotch whisky’s heritage, history and character accessible to a wide range of people.

‘What separates whisky from other alcohols is it has a story behind it, and a community behind that barrel,’ says the Malt Whisky Trail’s Johnston. ‘It represents a character.’

If you’re considering a visit to Scotland, the following whisky trails offer something for everyone, from novice to connoisseur:

Scotland’s original whisky trail winds for 74 miles through the heart of Speyside, with stops at Benromach, The Glenlivet, Cardhu, Glenfiddich, Glen Grant, Glen Moray and Strathisla, the historic distillery Dallas Dhu, and the Speyside Cooperage.

Given the Malt Whisky Trail’s length, visitors can also take the opportunity to explore more than just whisky in this rural pocket of Scotland. Side-attractions include wildlife-watching centres, adventure sports venues and restaurants showcasing the Speyside region’s gastronomic fare.

While this self-guided route can be completed independently, several companies offer transport and tour packages for a fee. Full details can be found on the Malt Whisky Trail website.

This 115-mile trail enables whisky enthusiasts to island-hop their way around Skye, Raasay and Harris to explore four of the Hebrides’ newest and most established distilleries.

The self-guided route takes in Talisker and Torabhaig distilleries on Skye, before whisky wayfarers can board CalMac ferry services to reach Isle of Raasay and Isle of Harris distilleries.

The Hebridean Whisky Trail can be completed in one circuit or amalgamated with other activities into smaller day trips.

For tourists short on time, the North Islay Whisky Tour combines visits to the island’s north-eastern distilleries of Bunnahabhain, Ardnahoe and Caol Ila in one day.

The tours enable visitors to understand the wide variety of whiskies produced on Islay; from the maritime and citrusy Caol Ila, to Bunnahabhain’s peated and unpeated single malts. At Ardnahoe visitors can sample its Islay Journey blend, while its bar stocks single malts from across Scotland. All three distilleries offer beautiful outlooks of the Paps of Jura mountain range – it’s up to you to decide which view is best.

Distillery tour tickets, mini-bus transportation for the day, and lunch are all provided in the package, which means everyone on the tour can relax and enjoy a dram.

Glasgow distillery and Tennents offer visitors a day out that combines tour tickets, transport and tastings of beer, whisky and gin.

The package offers visitors the opportunity to visit one of Scotland’s newer distilleries, which is usually open only for private tours, and explore the Wellpark Brewery with Tennants, which has been churning out beers for 450 years.