A whisky history of Easter Ross

The roots of whisky go deep in Easter Ross, home of fabled Ferintosh and now the location of a diverse collection of distilleries, including Glenmorangie, Dalmore and Balblair. Iain Russell outlines the region’s chequered whisky history. 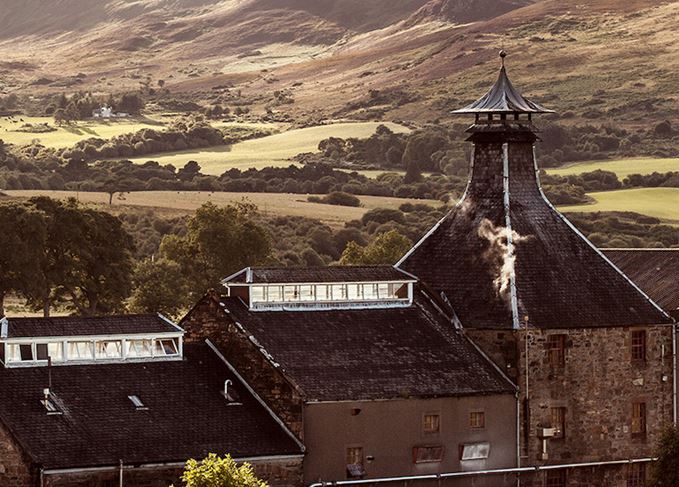 Scotch Survivor: Balblair was one of only two legal distilleries in Easter Ross to outlast the 1820s

Once upon a time, long before people talked of Speyside and the other famous whisky regions, there was Ferintosh.

During the 1700s, Ferintosh became the popular generic name for good Highland whisky, much as Glenlivet was to become a century later. The name disappeared from the whisky market long ago; nevertheless, the legacy of Ferintosh was to have a profound influence on the social and economic history of Easter Ross, the broad and fertile coastal plain which includes the famous Black Isle peninsula and lies to the north of Inverness. And Easter Ross remains one of the most diverse, if under-appreciated, whisky-producing regions of Scotland today.

In the 18th century, it was said that more whisky was made in the 16 distilleries on the Ferintosh Estate, near Dingwall, than in the whole of the rest of Scotland. Such was its mythical status that the 17th-century traveller Martin Martin reported:

‘The children of Ferintosh… are taught in their infancy to drink aquavitae and are never observed to be troubled with worms.’

Its praises were sung by some of the most influential figures in 18th-century Scottish culture, including Robert Burns and Sir Walter Scott.

The lands of Ferintosh had been virtually exempted from excise duty in 1690, as compensation to the local laird for damages done to the estate by Jacobite soldiers during the so-called ‘Glorious Revolution’.

On track: The advent of rail helped distilleries such as Glenmorangie to prosper

The exemption encouraged the development of a thriving distilling industry, and the historian Ian Mowat estimated that about 1,000 people were employed in distilling there at its peak.

The ending of the privilege in 1784 did not put a stop to whisky making – it simply encouraged distillers to continue making ‘Ferintosh’ elsewhere in the region, either with or (more usually) without an excise licence.

The growth of the illicit whisky industry in the early 19th century had serious social consequences for Easter Ross. It created a climate of lawlessness in which a large part of the population became involved in the manufacture or sale of illicit spirits.

Excise raids uncovered unlicensed stills and casks of illicit whisky hidden under beds, in middens and in privies in houses all across the region. Local newspapers regularly carried stories of violent confrontations between excisemen and whisky ‘free traders’, in towns as well as in the countryside.

Meanwhile, local landowners, including the Sheriff of Ross-shire himself, were accused of failing to punish unlicensed distillers and dealers (who were often their tenants or their customers) when they appeared in the local courts.

It was that said that more offenders were prosecuted in Dingwall than anywhere else in Scotland – and the town became home to ‘swarms of lawyers’, attracted by the plentiful demand for their services.

Those not involved in the illegal manufacture of whisky were very often engaged in its sale and consumption, and local newspapers carried startling tales of drunkenness and depravity.

Change of scene: Production at Balblair was moved to benefit from the railway (Photo: Balblair)

Captain Hugh Munro, owner of Teaninich distillery, complained that even the public houses in Dingwall and Tain, the largest towns in the area, sold only smuggled whisky to their customers.

Illicit whisky makers easily undercut the prices of the dozens of new licensed distillers, driving the latter out of business to the extent that only two – Balblair (founded in 1790) and Teaninich (1821) – remained active by the end of the 1820s.

It took until the 1830s for the excise authorities to stamp out illicit distilling in all but the more remote parts of Easter Ross, and for entrepreneurs to invest once more in licensed distilleries. Glen Ord was founded in 1838 and Dalmore the following year – both by landowners seeking to develop the demand for their tenants’ barley.

Glenmorangie was established at Morangie Farm in 1843 by William Matheson, an experienced distiller who had learned his trade at Balblair and knew how profitable it could be to combine farming and distilling.

Initially, the licensed distillers sold their spirits primarily to local customers. In 1864, however, the forerunner of the Highland Railway connected all the distilleries in the area to Inverness and the south. Highland whisky from Easter Ross soon found its way to all parts of the UK, and was shipped to customers overseas in the US, Australia and New Zealand.

New look: Teaninich is one of the distilleries in the region to be expanded in recent years

The opening of new markets led to a boom in the industry in Easter Ross in the late 19th century. Balblair was rebuilt in 1872; Dalmore doubled in size in 1874 and was extended again in 1894; Glenmorangie was rebuilt in 1887; and Glen Ord was rebuilt by new owners after 1896 to four times the size of the original.

A new distillery, Ben Wyvis (subsequently renamed Ferintosh) was founded near Dingwall in 1879, and Glenskiach, at Evanton, in 1896.

But the good times did not last…

The Easter Ross distilleries suffered years of hardship in the first half of the 20th century, during two World Wars and one of the deepest worldwide recessions in history.

All were mothballed for various periods, but only Ferintosh and Glenskiach failed to reopen. The others recovered with the blended Scotch whisky boom that followed the Second World War, and with the growing interest in single malts from the 1970s.

A different kind of whisky distilling came to Easter Ross in the early 1960s, with the opening of a new grain distillery – the first in the Highlands, and the largest in Europe.

Invergordon distillery was conceived as a bold initiative to help alleviate unemployment in the town and to support the ailing farming industry of the eastern Highlands. Invergordon (which briefly included a single malt distillery, Ben Wyvis) grew rapidly to employ, at its peak, 400 men and women.

The success of Invergordon encouraged the location of other industries in the area, permitting much-needed diversification in the local economy. It also provided further demand for high-quality malting barley, encouraging farmers to specialise in the crop.

Two farmer-owned co-operatives were set up – The Black Isle Grain Group, in 1977, and Easter Ross Grain, in 1988 – to develop local resources and expertise. They amalgamated in the 1990s to create Highland Grain Ltd, which has established Easter Ross’ reputation as a centre of excellence in the production and supply of this vital whisky ingredient.

Today, the industry in Easter Ross continues to grow and develop. There have been major expansion projects in recent years at Glen Ord, Teaninich and Glenmorangie. At Invergordon, owner Whyte & Mackay has announced an ambitious modernisation programme, albeit including a number of redundancies.

Meanwhile, there are signs of a revival of the ‘Ferintosh’ tradition of small-scale whisky production: Heather Nelson is building the Toulvaddie Distillery at Fearn, near Nigg, and the crowdfunded and energy self-sufficient GlenWyvis, near Dingwall, opened in 2017 and promises to become one of the leading and most innovative lights in the new wave of Scottish ‘craft’ distilleries.

To cap it all, the region will feature prominently in the upcoming inaugural Highland Whisky Festival (10-17 May): an opportunity to visit and learn more about the distilleries in this intriguing whisky region.