Why are other distilleries called Glenlivet?

21 February 2018 by The Whisky Professor

Speyside’s The Glenlivet distillery is home to one of the best-loved and best-selling single malts in Scotch whisky. And yet, over the years, a number of other distillery labels have added the ‘Glenlivet’ suffix to their own name. How come? The Whisky Professor tells all. 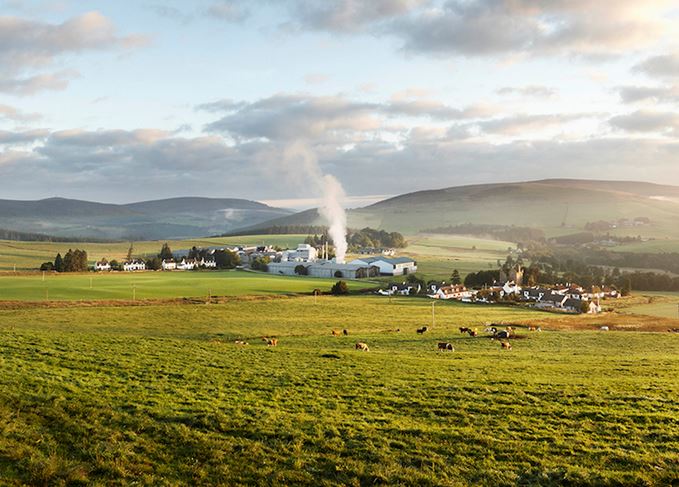 Familiar sight: But many other Speyside distilleries have ‘borrowed’ the Glenlivet name

I know that this is more of an historical question than a technical one, but I noticed recently that some independent bottlers add -Glenlivet to the name of a distillery.

I thought that The Glenlivet was the only distillery allowed to call itself such. Can you shed any light on this?

Sought-after: The Glenlivet distillery was the victim of its own success, says the Prof

I will do my best. The saga of the -Glenlivet suffix dates back to the 19th century, when the modern Scotch whisky industry was forming itself.

The introduction of the new Excise Act in 1823 had brought the smuggling era to an end, with many of the former moonshiners becoming legal. One of them was George Smith of Upper Drumin, who took out a licence for his Glenlivet distillery in 1824.

During the illicit period, however, ‘Glenlivet’ had become shorthand for whiskies coming from what we now know as Speyside. Many of the new distilleries – some as far away as the Moray coast – began to call themselves ‘Glenlivet’ despite being nowhere near the location.

The Smith family took umbrage with this, believing that their rivals were simply piggybacking on their good name and reputation. In 1868, George and John Gordon Smith took out an advertisement in the Wine Trade Review which stated:

‘Messrs. George & John Gordon Smith of The Glenlivet Distillery beg to intimate that Glenlivet is a district which belongs exclusively to his Grace the Duke of Richmond, and their Distillery was the First and is now the Only Licensed Distillery in Glenlivet; and they respectfully caution the Trade and the public against other manufacturers of spirits offering the productions of their distilleries under the name of ‘Glenlivet Whisky’.

Two years later, they registered Glenlivet as a trademark. It didn’t change anything. In fact, even more distilleries began to call themselves ‘Glenlivet’. This was partly due to an error on the part of the Smith’s solicitor in 1875, who, when re-registering the trademark, added a graphic rather than just the word itself.

In 1881, John Gordon Smith had had enough. In a written statement expressing his intention to start legal proceedings, he claimed that:

‘…it was not until it was brought prominently under my notice that in the large towns in Scotland and England dealers were beginning to sell as Glenlivet Whisky lower priced Whiskies of a different character bought by them as Glenfarclas Glenlivet or Cragganmore Glenlivet or some similar combination of words calculated to deceive anyone not having local knowledge and to cause such person, by tacking on the word Glenlivet to the name of a particular distillery, to buy a different class of whisky at a higher price than it would have borne in the market if left to find a purchaser under its own name.’

Independents’ day: Some bottlers, such as Wm Cadenhead, still use the -Glenlivet suffix

In 1882, Smith and his agent Andrew Usher began the preliminaries to the court case with individual affidavits being served against each of the offending distillers.

This provoked countersuits, with his competitors claiming that ‘Glenlivet’ had become a generic term during the illicit era and could now be used in the same way as ‘Islay’ to define a style of whisky. By 1883, Smith and Usher’s legal bill had reached £30,000, and 400 affidavits had been served.

By May 1884, all the parties were ready to compromise, and a deed was signed stipulating that the trademark for Glenlivet stood, and only Smith’s whisky could call itself ‘The Glenlivet’. The Smiths and Usher didn’t, however, succeed in banning other distillers from using the word.

Rather, they agreed to drop all charges against the other distillers and not prevent the use of the term by 10 distilleries: Glenlossie, Macallan, Aberlour, Benrinnes, Cragganmore, Linkwood, Glenrothes, Glen Grant, Mortlach and Glenfarclas, providing that ‘Glenlivet’ was only used as a suffix, in conjunction with the distillery name. At some point, it became common practise for the ‘Glenlivet’ part of the name to be joined to the distillery name by a hyphen.

Rather than restricting the use of the term to the 10 originally named distilleries, more started to use the new terminology, I presume because the agreement, while legal, was voluntary and didn’t infringe on Smith’s trademark.

By the 1980s, 28 distilleries were either registered as being ‘X-Glenlivet’ or using the term as a trademark, or on their labels. It’s only in recent years that Macallan, for example, has dropped the suffix.

The majority of the trademarks are now dead, and most of the distilleries are now registered under their own names. Some, however, have retained the suffix. Tamnavulin, Glen Moray, Speyburn and Tomintoul all still carry -Glenlivet in their registered name. The suffix is now only used on the labels of some independent bottlers.

Why, though, are they persisting with this archaic terminology? I asked the question of Mark Watt at Wm Cadenhead, which has persisted with the practice. His reply was that ‘using the original name of the distillery is something that we have always historically done’.

So, George, I would treat the ‘-Glenlivet’ labels as being a way to differentiate between official and independent bottlings, as well as being a somewhat charming reminder of the old days, and evidence that, even when the Scotch whisky industry was embroiled in a bitter family dispute, it managed to find a compromise.