After dabbling with Bourbon in college, museum IT technician Josh Feldman rekindled a passion for American whiskey while learning about Scotch. He tells Angus MacRaild why the history of whisky has turned him into an avid collector of ‘vertical whiskies’. 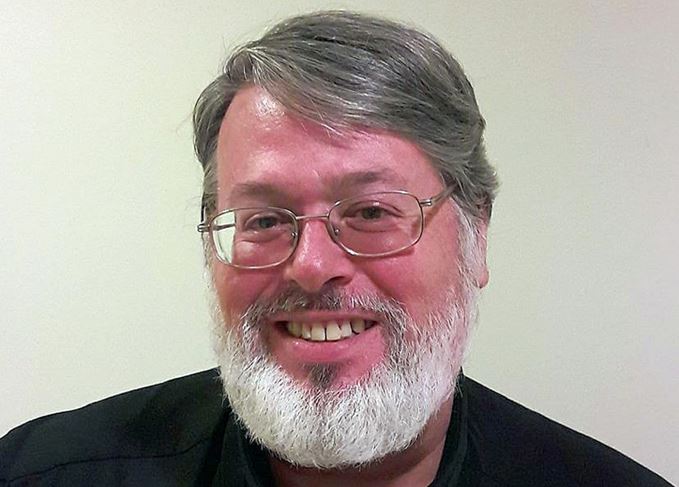 History buff: Josh Feldman is interested in the way a distillery or brand’s flavour has changed over the years

Who are you and what do you do?
‘I’m Josh Feldman and I manage information technology at The Morgan Library & Museum in New York. I also write about whisky history, with tasting notes. I periodically lead whisky tasting events for fun.’

How did you get interested in whisky in the first place?
‘In college we drank American whiskeys that were the key to being an American man – particularly Old Grand Dad, Old Fitzgerald and Jack Daniel’s. These whiskies were tossed back as shots, more as a test of macho endurance than as a flavour to be enjoyed. Little did I know that the bottles we were grimacing and gulping down would later be considered epicurean delights and worth hundreds. There were some nights in 1982 and 1983 smoking too many cigarettes and shooting too much good Bourbon that I pushed it too far, got sick too often and ruined my taste for Bourbon completely. As an alternative, I began looking at the early single malt offerings, started exploring and found a few amazing bottles which won me over. I had caught the Scotch bug pretty bad. I didn't experience my rebirth with Bourbon until about 2006. As I began to explore American whiskies anew I found a fascinating history, as well as some good flavours.’

What whiskies do you collect and why?
‘I collect whiskies which help tell the story of production changes and evolution in flavours. I like to collect flights of samples from a given distillery or expression which span decades. For example, I have a box of White Horse minis, bottles and samples from various people that cover the period from the Repeal of Prohibition through to the current day. I have a couple of bottles of 1960s and 1970s White Horse open at the moment too, to get deeply into the flavour. Someday soon I'll open all those old samples and minis in a massive vertical to taste while I write an essay about White Horse and how it has evolved and changed over the course of the century. I have similar verticals for Johnnie Walker Red and Black, Old Overholt rye, Teacher’s, Old Crow, Old Forester and partial verticals for many others. Indeed, every bottle I get or sample I collect is usually part of an “aspirational vertical” in my mind.’

How has being a collector impacted the rest of your life?
‘I have been impoverished financially and have cramped my living space, but I have met wonderful people and tasted amazing drams. In the end, the most important and valuable parts are the people. I have ended up enjoying amazing whiskies with like-minded people and that’s just a wonderful experience.’

Bourbons and blends: Feldman’s passion for American and Scotch whisky history has amounted to a varied collection

Do the rising prices of old bottles change the way you look at your collection? Do you see it as more of an investment these days?
‘My goal with each bottle acquisition has always been to open and drink that bottle – every bottle. But a certain number of dusties you come across have gone bad in some way. The older a bottle gets and the lower the fill level, the lower the odds that it will be good. Historically interesting old bottles are a risk. Some will have turned and you will burn a substantial amount of money to find out. It’s an unfortunate side effect of such a market that there are bottles I want to drink which I’m thinking twice about because of these kinds of thoughts. I wish I were wealthy enough that it completely wasn’t a factor, but I’m not.’

There is a vibrant European scene for old and rare whiskies these days. How does the American scene compare?
‘The laws in the United States prohibit the private sale of alcohol, even among collectors. The sole exceptions are a pair of auction houses, Skinners of Boston, and Bonhams. So, in classic American fashion, there is a vast black market. Dusty hunters stripped out the stores where old bottles languished forgotten, to feed the growing market being fuelled by the mania for limited edition allocated whiskies in distribution, such as Pappy Van Winkles and the Buffalo Trace Antique Collection. The total market for historical bottles in the US is, thus, immeasurable, but it is quite large.
‘In April 2017 Kentucky was the first US State to break the ice with a new law which allows private individuals to sell collectible bottles to licensed liquor stores. It holds the potential of the beginnings of a legal market for collectible whiskies in the US.’

People talk a lot about the change in the character of Scotch whisky over recent decades. Is there a similar discussion surrounding American whiskeys?
‘American whiskies have absolutely changed in character because of changes in production methods and in the components used, and not, generally, for the better. But many particular and famous brands of American whiskies have also changed in character because they have been sold and moved to a different distillery, and sometimes adopt a different mash bill and recipe in the process. America burns down its traditions, even in a tradition-bound industry like Bourbon. Even the oldest and most stable brands like Old Forester, Heaven Hill (Elijah Craig and Evan Williams), and Jack Daniel’s have joined other distillers in abandoning age statements, changing distilleries to more automated larger ones, moving to metal washbacks, using higher yielding grain mashed for a shorter time to higher proof, distilling to a higher proof and barrelling with a higher barrel entry proof, using kiln-dried barrels, etc. Not that the major American distillers don’t guard traditions in various ways, but all of these changes and more have happened inevitably over the decades in a very similar fashion to what’s happened with Scotch.’

What are the most prized bottles in your collection?
‘I have a pair of Prohibition medicinal bottlings of Waterfill and Frazier bottled by Pappy Van Winkel at A. Ph. Stitzel. One is filled with whiskey from the original distillery, Mary M. Dowling, and the other is filled with Davies County distillery juice. Here is a single label touching on three of the great stories in American whiskey history – the brilliant and influential Medley Brothers in the pre-Prohibition era, Mary Dowling – who picked up and moved to Juarez, Mexico, with a Beam as her distiller – and Pappy Van Winkle, who rode high in Prohibition and built the best Bourbon distillery in its golden age after Repeal. That's going to be a hell of a blog post.’

What would be your ‘holy grail’ bottle to find?
‘The legend is that James C. Crow invented the sour mash process of using leftover mash from the previous batch to acidify and provide the yeast for the current batch of mash. That isn’t true, but his work at the Old Oscar Pepper distillery (now Woodford) created the modern style of Bourbon, i.e. made with professional consistency using the sour mash process and aged in new oak barrels. When James Crow died in 1856 he supposedly took some of his secrets with him. When W.A. Gaines & Co. came out with Old Crow a decade later, they made up a new recipe. It was very good, but the ultimate American bottle (or barrel) of American whiskey would be an example of Crow’s own whiskey. We’d be looking for a carboy or demijohn bottling of a barrel that was long decanted. A carboy of Crow’s whiskey is extremely unlikely, but not impossible.’

What are the best whiskies you've ever tasted?
‘There was a late 1960s bottle of Bowmore 12 with the cheesy gold foil, tasted over at my friend Peter Silver’s house (aka “Dram Central Station”). Then there was a 1973 Caledonian bottling of Clynelish and a 1973 Prestonfield House bottling of Clynelish, also tasted over at Peter’s. Maybe it was the 1955-1961 Old Fitzgerald Bottled in Bond? Or was it the early 20th century bottling of Old Hermitage rye which beat Thomas H. Handy in a head to head? That 30-year-old Lochside last week was pretty amazing. You aren’t seriously asking me to pick, are you?’

What has been the best whisky experience of your life so far?
‘I got the opportunity to hang out with the PLOWED crew recently [an informal group of single malt fans]. When I approached the table for the first time a friend set up a flight of a half dozen 1975 Ardbegs, selected off the table. Later I lined up six Brora bottlings from 1982. Then a number of 1970s Macallans – you could treat the table like a library and explore. Ballantine’s from the 1940s? Try it head to head with a 1970s bottling of Ballantine’s 30-year-old. My liver is still recovering.’