Is a second ‘whisky loch’ brewing?

The 1980s ‘whisky loch’ followed a period of misplaced confidence and massive over-production by the Scotch industry. Now, with over 40 distilleries opening this decade alone, Tom Bruce-Gardyne wonders whether history could repeat itself. 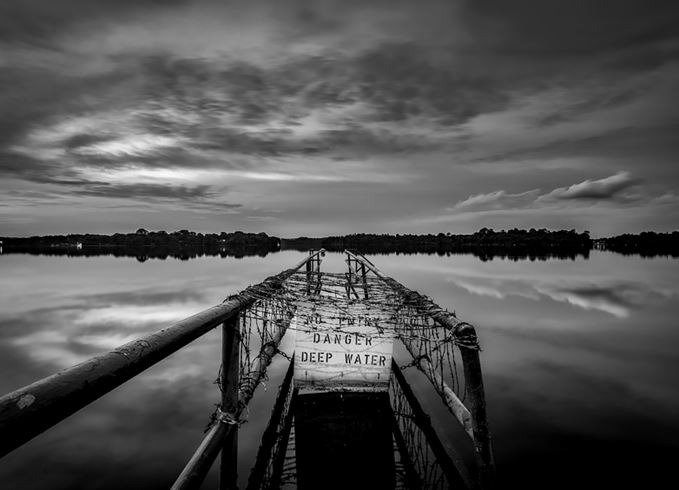 Deep water: Scotch producers are keen to avoid the mistakes of the past, which led to the 1980s ‘whisky loch’

The writer, political fixer and consummate PR man, Sir Walter Scott, effectively created Scottish tourism in the early 19th century when fans of his best-selling novels began flocking to the Highlands. Ever since, people have braved the weather and the midges to explore the same heather-clad hills and misty lochs. One recent loch would have escaped their notice however. It appeared suddenly in the late 1970s – a vast expanse of glittering gold and full to the brim with whisky.

‘Yes, I remember the whisky loch and the three-day week,’ says Ian Palmer, who has been in the business since 1978 and now runs InchDairnie distillery in Fife. ‘I think what the industry got wrong was thinking of whisky as a commodity.’

Another veteran, Johnnie Walker’s master blender Dr Jim Beveridge OBE, blames ‘a disconnect between the producers and the marketeers’. He says: ‘My sense is that producers had their heads in the sand and were talking to marketeers, whose job it is to say they were going to sell lots, and they didn’t.’

The scale of that over-optimism can be seen in just how long it took to drain the loch. While the industry slammed on the brakes in 1981, slashing production by a third and keeping it low for a decade (see chart), there was still a sea of unloved, three-year-old whisky two decades later. This was clear from the distressed pricing in the supermarkets, which proves Palmer’s point about it becoming a commodity. In 2001 you could buy a bottle of blended Scotch whisky in Asda for £6.67. Having deducted duty and VAT, that left just 20p for the distiller, the retailer, the haulage company, the glass maker and the label printer to fight over.

The collateral damage was appalling. Twenty distilleries closed during the 1980s, leaving a trail of redundancies and torn communities. Some were brought back to life, while others were bulldozed into history. Palmer believes the industry was panicked into a knee-jerk reaction. It seems it had failed to notice that demand was already falling; US baby-boomers were drinking vodka and the Brits had discovered wine. Then came the late 1970s hike in oil prices that helped precipitate a global economic downturn.

Alan Gray, the independent analyst and author of the Scotch Whisky Industry Review, believes the main reason may have been more prosaic. From 1972 until 1992 UK interest rates oscillated between 10-15%, which put distillers under intense pressure to liquidate stock. The Distillers Company Ltd (DCL), owner of Port Ellen and Brora, both of which closed in 1983, had its so-called ‘dam-busters’ plan to drain the loch by dumping whisky on anyone who would take it. This caused a tide of cheap, own-label blends to flood the supermarket shelves in France and Britain, which undermined brands, eroded profits and tempted the boardrooms of Big Alcohol to back other categories of booze instead. For a while Scotch appeared to be caught in a tailspin.

Of course hindsight’s a wonderful thing. ‘It’s dead easy being a spectator, shouting at the referee,’ says Palmer. ‘I think with managing whisky stocks, there’s only one thing that’s guaranteed, and that is you’ll get it wrong.’ Given all the imponderables, all those ‘unknown unknowns’ to quote Donald Rumsfeld, he may well have a point. Understanding how and why the last big surplus happened seems a good place to start, but 40 years on, you wonder if those painful truths have been forgotten.

‘No, I think the memory lingers and the lessons were learned,’ says Beveridge. ‘The way the industry is organised these days is much closer to market reality, and that’s a safety valve to the supply and demand dilemma.’ Palmer doesn’t disagree, but says: ‘The world has moved on, and so the lessons that were learned were relevant to that time.’

Whisky slump: Port Ellen was one of several distilleries to fall silent during the 1980s

For him, the most positive change is the focus on brands. ‘There’s a lot more intelligence being applied to the management of stocks. Decisions being made for the long-term benefit of a brand, and not the short-term thinking of a company. The brand is king, and you mustn’t damage it by being stupid with the stocks.’

Meanwhile there has been an explosion of new distilleries, with more than 40 set to open this decade, although no-one seems worried they will create much of a surplus. ‘Their total capacity, assuming they’re going flat-out, doesn’t really swing the needle very much,’ says Rupert Patrick of James Eadie and WhiskyInvestDirect. Most of the new distillers produce less than half-a-million litres per annum (lpa) and some are tiny, like Daftmill in Fife, which has been averaging just 100 casks a year since it started distilling in 2005. By contrast, Diageo’s Roseisle produces 10m lpa while Chivas Brothers’ Dalmunach is on 12m.

Patrick estimates that a third of all Scotch is made by Diageo, and around 20% by Chivas. ‘That’s just over half the production in the hands of two companies,’ he says. ‘Add in William Grant & Sons, and Edrington, and there’s not much left.’ With fewer big players than 40 years ago, it means fewer captains on the bridge if you think of the Scotch whisky industry as a super-tanker. Theoretically, that should lessen the risk of another whisky loch.

Whisky has become far more profitable in the past 10-15 years, claims Patrick, and as a result distillers can afford to sit out periods of oversupply in a way that was far harder in the past.

Leonard Russell, managing director of Ian Macleod Distillers, which is set to reopen Rosebank, adds: ‘The decision to cull those distilleries in the 1980s was driven by the imperative to cut the costs of production.’ In his view, that has changed thanks to the unprecedented growth in single malts. He accepts we live in uncertain times, with the nightmare of Brexit still unresolved, but insists the following dictum remains true: if you lay down whisky you will make a profit, you just can’t tell when.

Edrington’s former director of malts, Ken Grier, claims: ‘The thing beholden to us is that we continue to remain scarce and sell everything that we make to a very high standard.’ He was speaking of Macallan, whose new distillery can produce 15m lpa a year, while capacity at Glenfiddich has soared to more than 20m, as has The Glenlivet. In years to come this huge surge in production will work its way through to the market. You can’t help wondering if Macallan will feel quite as ‘scarce’ by then. It is also worth remembering that Scotch whisky’s share of global whisky is shrinking.

‘Complacency’s a terrible thing, but I would think the mood at Chivas, Diageo, William Grant and Edrington is quietly confident,’ says Patrick. The industry is now more concentrated and its exports are spread over far more markets than ever before. With profits up and interest rates down to almost zero, maybe Scotch can start to relax about the dangers of a future whisky loch.

Then again, human nature and greed may get in the way. The industry is certainly better placed than it was in the late 1970s, but any hubris is best avoided, as Gordon Brown discovered. The UK’s former chancellor famously claimed to have abolished boom and bust, only to be hit by the global financial crash of 2008.