As well as being Scotchwhisky.com’s first full year in operation, 2016 was a tumultuous 12 months filled with shocks and surprises. Outside the political arena, the whisky headlines were dominated by innovative new products, an old friend’s return and controversy surrounding fake bottles and marketing strategies. Richard Woodard counts down the biggest stories of the year. 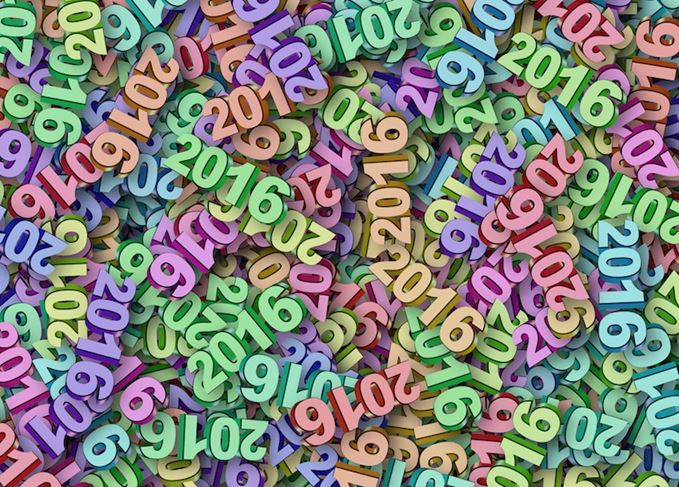 The year that was: We recall the top Scotch whisky stories of 2016

Almost 25 years ago, HM The Queen famously referred to 1992 as an annus horribilis – and that phrase might well reappear in one or two retrospective articles on 2016.

From celebrity deaths to shock poll defeats on both sides of the Atlantic, it’s certainly a year that – depending on political affiliations – many will be happy to close the door on, in the hope that 2017 ushers in a new dawn of hope.

And Scotch whisky? Well, pessimists would point to the news early in 2016 that exports had fallen for the third year in a row, while those who prefer to see their glasses half-full might highlight the continued success of single malts in the US, or the (qualified) rebound in exports during the first half of the year.

Nor was Scotch entirely untouched by the major political events of the year. As an industry, it was overwhelmingly in favour of remaining in the EU – a point made clear by the Scotch Whisky Association and category leader Diageo – and there were dire warnings of the potential negative impact of Brexit either side of June’s vote.

But, for all the challenges of 2016, you don’t have to look far to see signs of optimism, rebirth and dynamism. Scotchwhisky.com is littered with reports of new distilleries at various stages of planning and construction, or in the early years of operation.

Meanwhile, the big fish of the industry continued to hit the headlines, including Edrington’s decision to end its association with Perth and consolidate operations in Glasgow, and Chivas Brothers’ plans to close its operations in Paisley, investing in a new bottling plant in Dumbarton.

Blended malt stepped back into the limelight with the reintroduction of Johnnie Walker Green Label (more on that below), and Chivas Regal Ultis – the brand’s first venture into the arena. We also saw the debut whisky from William Grant’s innovative Ailsa Bay facility.

The big corporate moves of the year came from across the Atlantic: Brown-Forman’s acquisition of The BenRiach Distillery Company in April; and Sazerac’s purchase of ultra-high-end operator The Last Drop Distillers in September. Two deals that said much about the current strength of the American whiskey sector.

For Diageo, 2016 was a year of the old and new: the 200th anniversary of Islay stalwart Lagavulin, and the debut of the second grain whisky tie-in with retired footballer David Beckham – the confusingly named Haig Club Clubman.

If Beckham offered Scotch some broad appeal, so did BBC TV series Scotch! The Story of Whisky. The programme, anchored by actor David Hayman, also raised just over £4,000 for charity when its distillery map was auctioned.

For all of its brands, distilleries and limited edition bottlings, Scotch whisky still owes the greatest debt to its people. Some of them – David Stewart MBE, Dennis Malcolm OBE and 50-year veteran Richard Paterson – are still making a massive contribution, and had that contribution recognised during 2016.

Others, including Arran co-founder Harold Currie, Islay legend John MacLellan and, most recently, Wallace Milroy, left us during 2016. As we look forward to next year, let’s raise a glass to their memory, and take a glance back at the big stories of the past 12 months.

On 23 June, the UK voted to leave the European Union in the first surprise political result of 2016, leaving most of the world dumbfounded and sending the pound plummeting to historic lows.

In the only From The Editors post to make this year’s top 10, a shocked Dave Broom shares his thoughts on the implications: for the UK as a whole, for Scotland and for Scotch whisky.

It came in an opaque black bottle, sharing no details about its age, cask profile or tasting notes. The Glenlivet Cipher was an attempt by brand owner Chivas Brothers to encourage drinkers to to think about the flavour of the whisky, but without the sub-conscious influence exerted by extraneous information.

It’s become an annual ritual: a series of limited release whiskies from the world’s biggest Scotch operator, unveiled in the autumn to much fanfare. The analysis that accompanies the Special Releases has a regularity to it as well: what are this year’s Port Ellen and the Brora like? Are there any surprises? What can I afford?

7: FAKE WHISKY HAUL COULD BE ‘TIP OF ICEBERG’

The discovery of a fake bottle of 1903 Laphroaig reignited the issue of counterfeit Scotch whisky, after testing revealed that, far from being a 113-year-old single malt from Islay, the liquid inside the bottle was a blend, most likely distilled less than 10 years ago. For some, the tale had a depressingly familiar ring to it.

October saw two moustiachoed legends of Scotch, Richard Paterson and Fred Laing, cross swords over a subject that can raise voices and wreck friendships: the addition (or not) of ice to a glass of single malt. Worth reading, not least for Paterson’s closing words at the expense of his adversary…

Our big exclusive of the year (anyone remember the one from 2015?) came from the United States, where the biggest name in Scotch, Diageo, drew up plans to axe its much-praised education and mentoring programme.

The decision was greeted with a mixture of shock and dismay by the bar industry in particular; a couple of months later, Diageo backtracked and reinstated the initiative.

September was clearly the month of innovation in Scotch: not just Johnnie Walker Red Rye, but also the birth of the Glenfiddich Experimental Series – an exploration of ‘unusual and unexpected’ whiskies that kicked off with Glenfiddich IPA Experiment and Glenfiddich Project XX. More releases are planned for the years ahead.

What started as a toe-in-the-water reintroduction of Johnnie Walker’s blended malt variant in Australia and the US (marking, incidentally, the 10th anniversary of its creation) ended with the global relaunch of Green Label in February.

In Taiwan, it’s never been away – but Green had been discontinued everywhere else in 2012. The joy that heralded its return is illustrated by its presence at the top of our news charts for 2016.